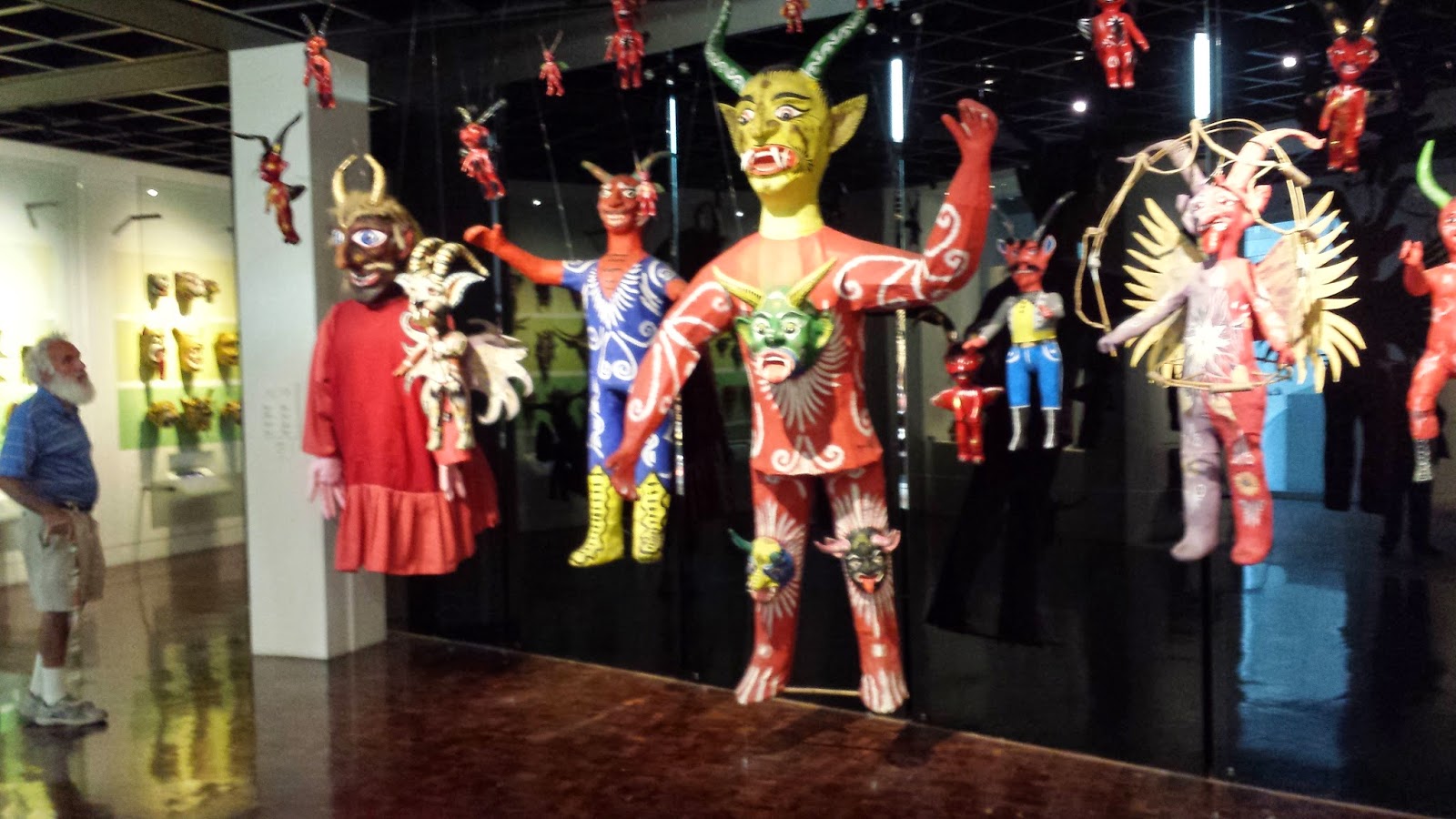 The religious and cultural diversity of Mexico is a source of continual delight and wonder for us. While Spanish is the national language, there are 68 officially recognized regional languages. There were hundreds of different indigenous peoples in the geographic area that became the Estados Unidos Mexicanos (the United Mexican States – the official name), each with its own cultural traditions, clothing, food, dances, rituals and masks. 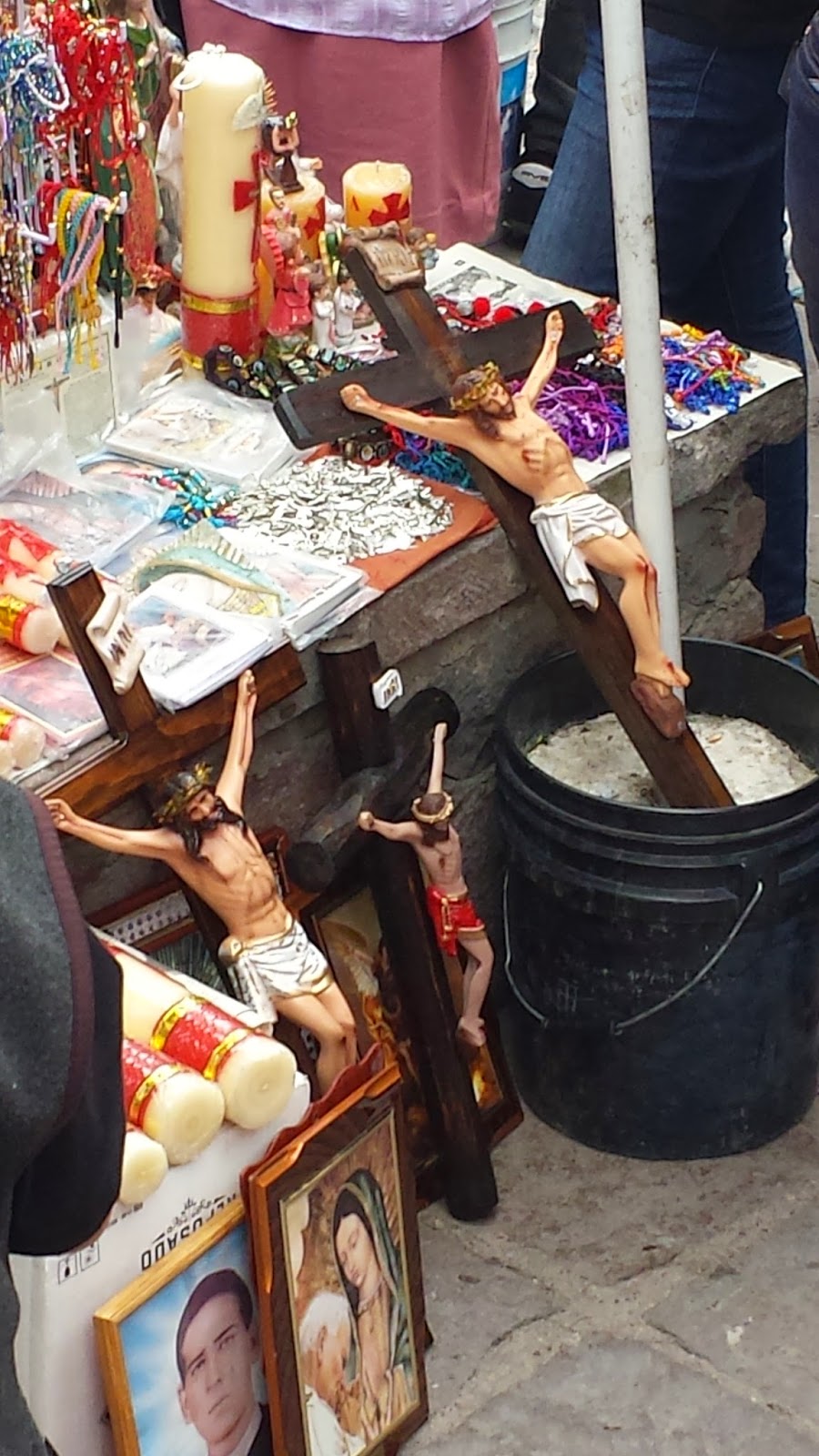 Though Catholicism was adopted by the overwhelming majority of these peoples, there remains to this day a fascinating syncretism of indigenous practices and Christianity.

This past Shabbat, as we were strolling home from the morning service, we heard drumming and chanting coming from Santa Cruz, the church down the street from Shalom San Miguel. Dancers in brightly colored clothing and feathered headdresses poured out of the church square, in processional behind a Christian banner.

And as we returned from market on Monday, we encountered a funeral procession coming down Zacateros, a street near our home. The hearse was preceded by a man in black holding a crucifix banner in front of about a dozen dancers and musicians maintaining a rhythmic beat. 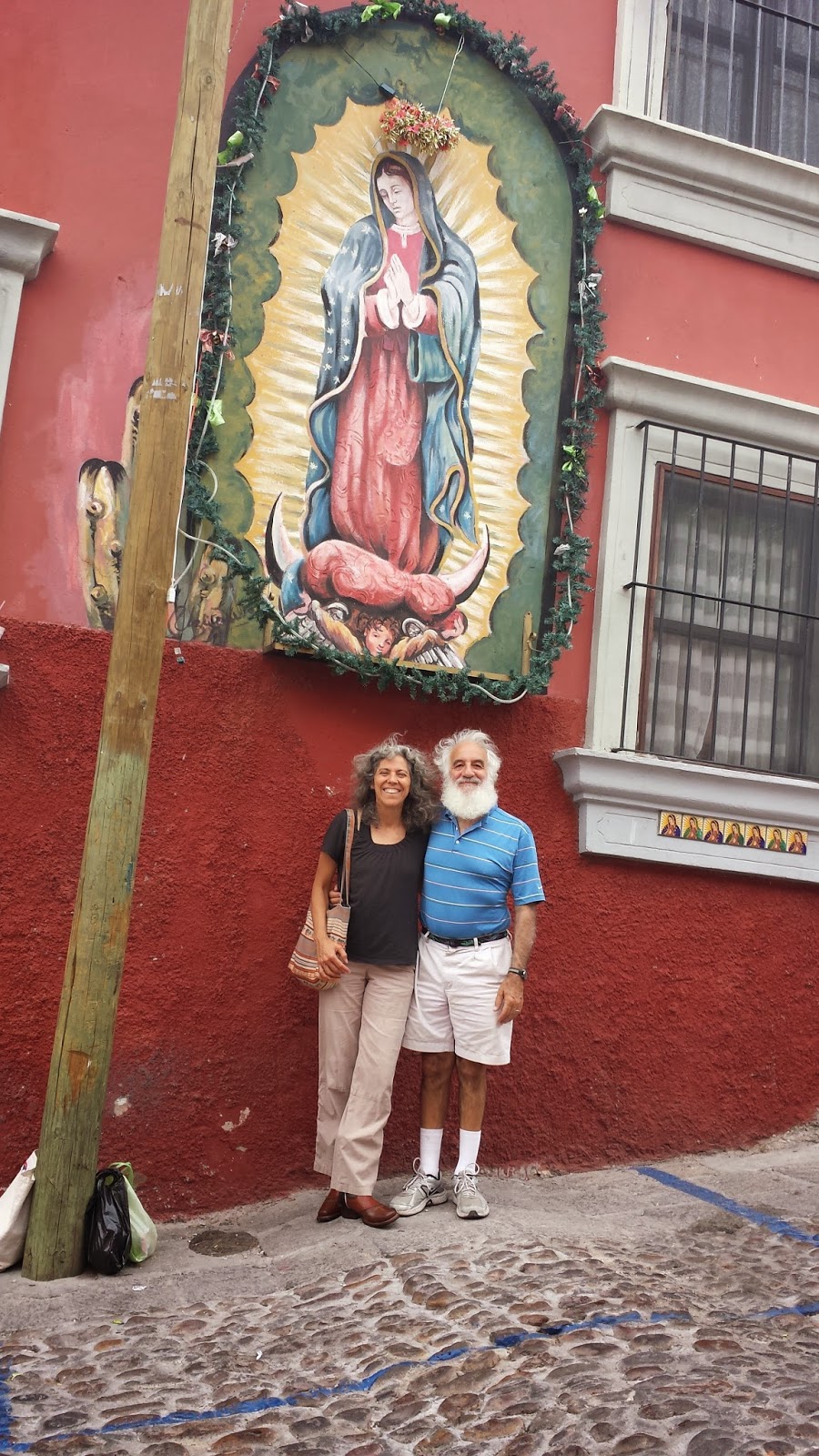 Everywhere we go we see the image of the Virgin of Guadalupe, a Mexican Catholic icon which incorporates layers of religious significance for indigenous Mexican peoples. Here are just a few places where she appears around San Miguel de Allende:

This year the weekends of Pesach and Easter coincided. On Friday April 3, which was both Good Friday and Erev Pesach, people lined the streets for a parade through the historic center of San Miguel.

We attended the Shalom San Miguel community seder, held inside and on the outdoor patio of La Fortuna, a local restaurant.

And on Easter Sunday, in the Jardín Principal (the central town square), hundreds turned out for La Quema de Judas (the Burning of Judas). We first experienced this Latin American Easter custom seven years ago during our sabbatical in Valparaiso, Chile, and it had left us feeling somewhat squeamish to witness the public burning of dark-clad Judas (Jew-like?) figures as the representation of evil. But here there were dozens of brightly colored papier mache figures of both men and women, representing evil in the form of everything from political caricatures to fictional characters, each containing fireworks that were exploded one by one in a festive celebratory atmosphere.

We have had the opportunity to do a bit of travel this month, first to Guanajuato, the capital city of the state of Guanajuato in which San Miguel de Allende is located.

Like San Miguel, Guanajuato has a lovely, Spanish Colonial historic center, built on the site of former indigenous communities.
And then five days in Mexico City, including a side trip to the pyramids of Teotihuacán, an ancient city pre-dating not only Spanish but also Aztec rule, and once home to over 100,000 people. 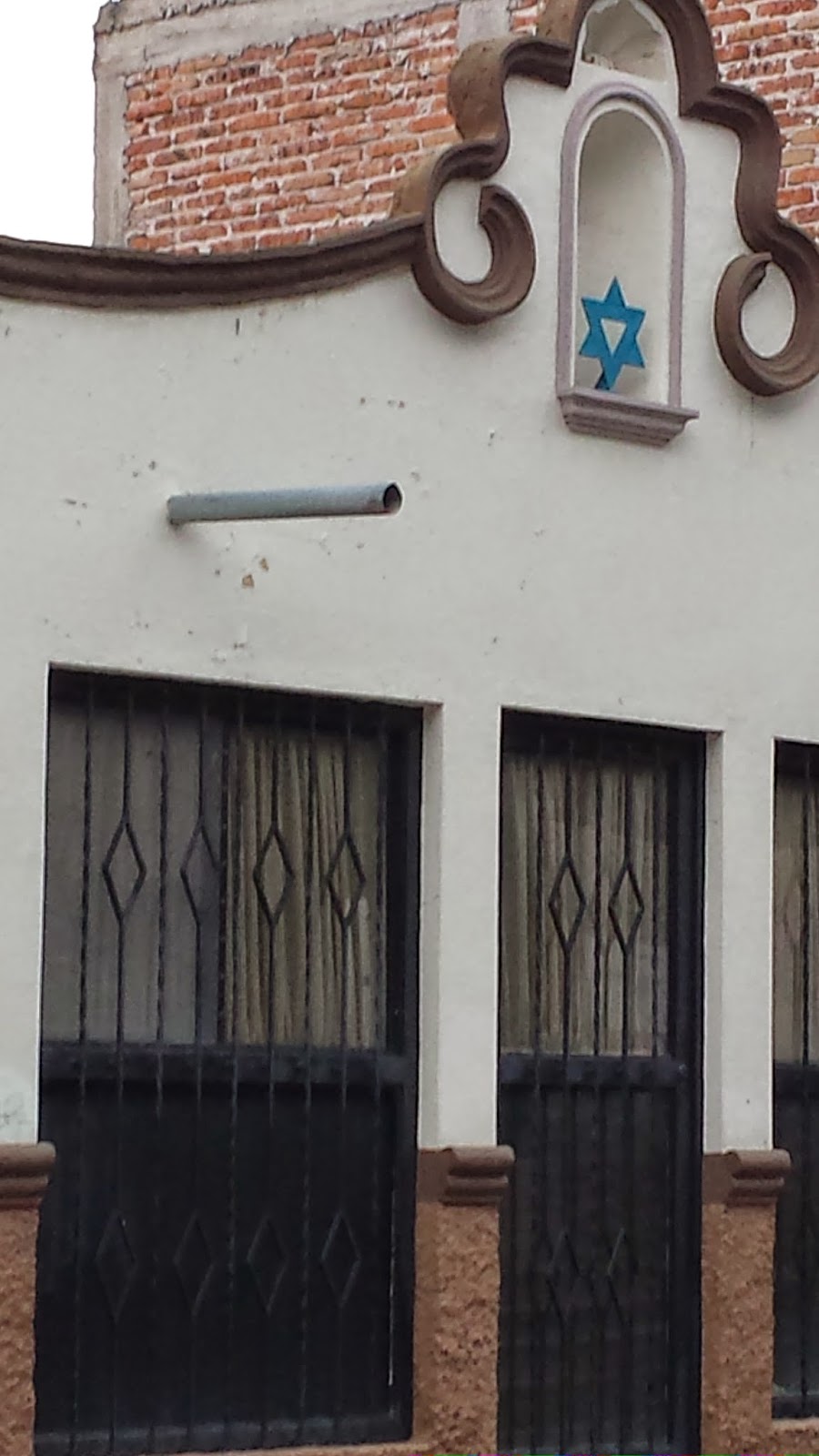 We also stumbled across an incredible scene of dozens of dancers and drummers outside the Templo Mayor, the ruins of the temple of the Aztec capital city of Tenochtitlan, which lies beneath the center of present-day Mexico City.

(and its Shalom San Miguel Shabbat minyan), housed next door to a tortilleria where people line up to get fresh tortillas.

This past Friday, Jonathan led another challah-baking workshop in a private home

and on Sunday, Linda taught a small group how to make simple repairs to one of the community Torah scrolls. We have loved being part of one very tiny piece of Mexico’s religious and cultural diversity.